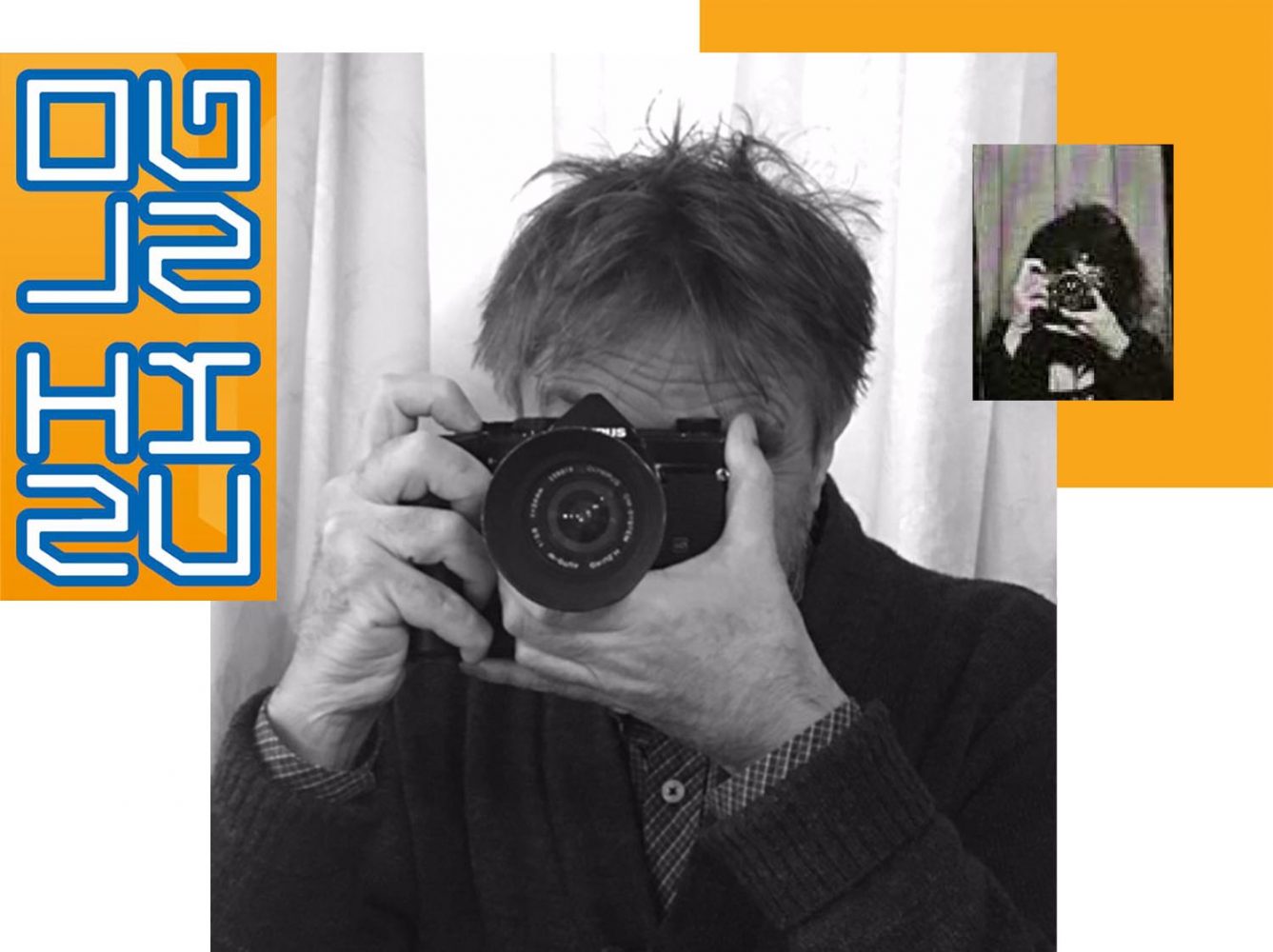 After completing my degree in graphic design at Newport School of Art, I studied for a post-graduate diploma in visual communication and then an MA in electronic graphics.  I then went on to work in the educational sector for four decades.

I retired from my post as Head of Visual Communication at Solent University in the summer of 2018 after teaching undergraduate and post-graduate students there for over twenty six years.  As part of my role as internationalisation lead for the School of Art, Design and Fashion, I taught at a number of universities throughout Europe and China.  During this time I also worked as an external examiner for foundation, national diploma, higher national diploma and degree courses throughout the UK.

In 2003 I instigated a decade long research project with undergraduate students to design, edit and publish the design processes of some of the world’s leading visual communicators.  This resulted in the ‘S book’ series, published in six volumes and featured over 130 primary source interviews.

In 2014 I completed a two year project to design a focal path as part of Southampton City’s Decent Neighbourhoods initiative.  This recorded the thoughts of Shirley Towers residents on fourteen large scale typographic quotes.  Using a bespoke designed typeface, their words are now permanently etched on a quarter mile pedestrian pavement.

I also undertook a major typographic project for Solent Universities new ‘Spark’ teaching building.  This also used a bespoke typeface to etch typographic quotes chosen by students, along the glass balustrade in the new atrium.

The piece you see within this exhibition is a collaboration to create a ‘Graphic Score’, a notation musicians use to improvise a performance.  It is six metres long and created from the recorded sounds of an icy walk through Oslo.

If I were to try and pinpoint where I formed most of my ideas on what an art school should look and feel like, Newport would loom large.  In my first term Josef Koudelka talked about his Prague Spring photographs, Gillian Clarke {National Poet of Wales 2008-2016} tried to teach me creative writing and Stuart Brisley invited all to the roof of Clarence Place for a performance of his latest work.  In short it was an education filled with highlights that became a memorable exemplar of how osmosis should work in an Art School.  Fill it with interesting things and see what happens. 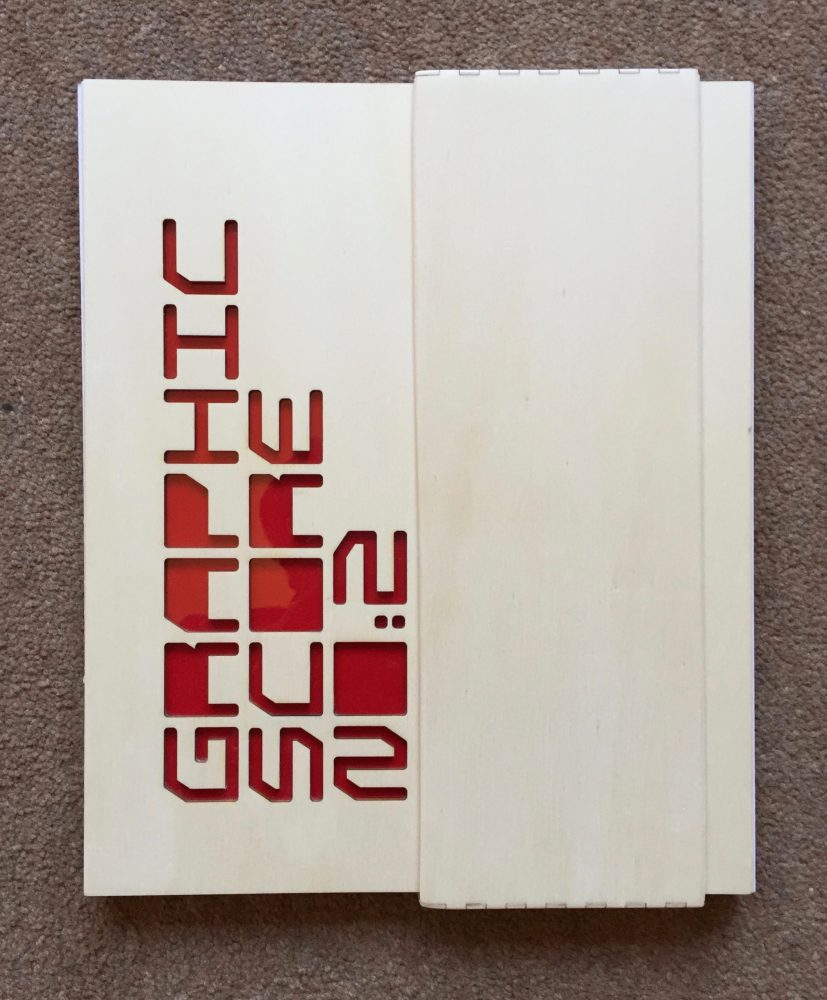 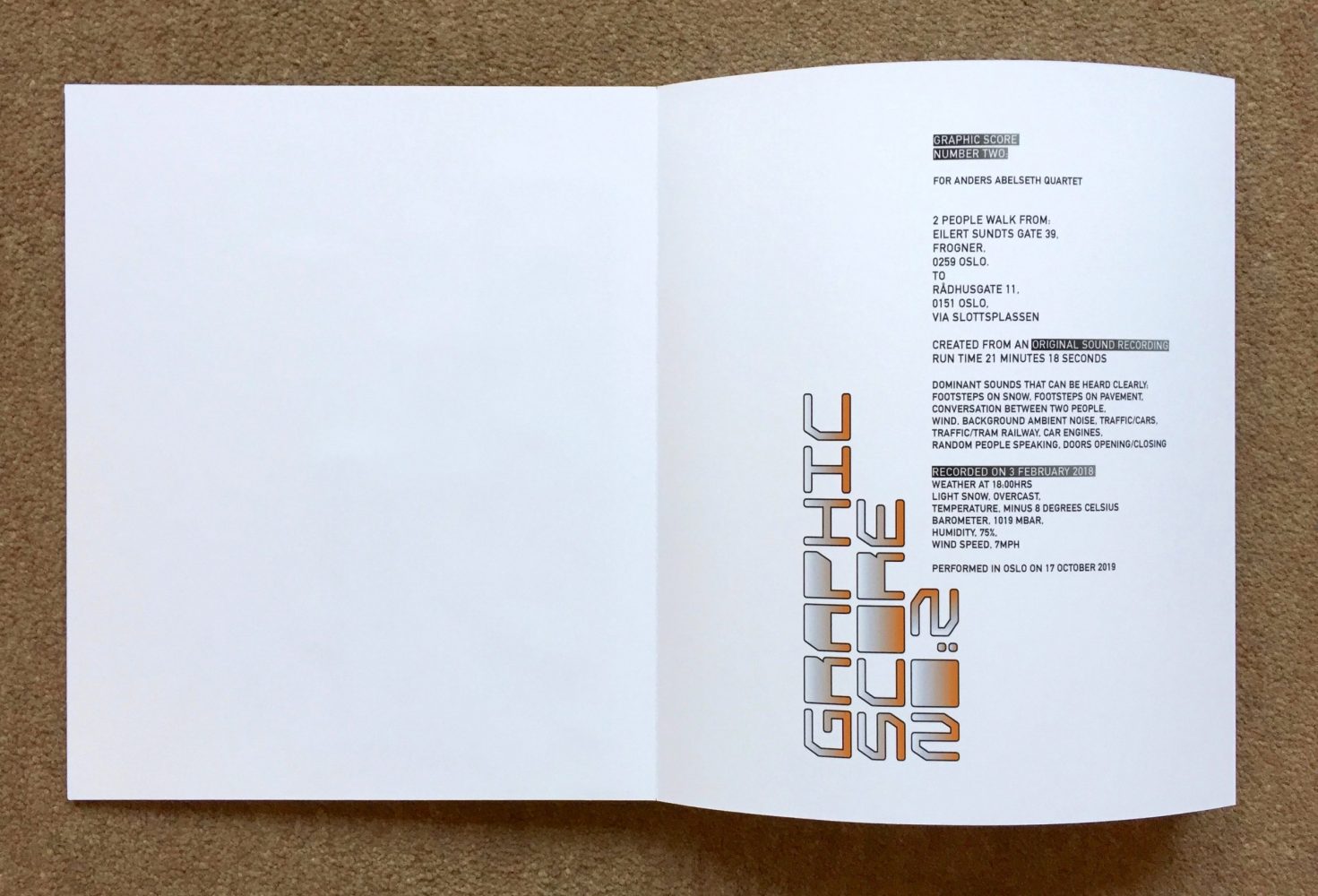 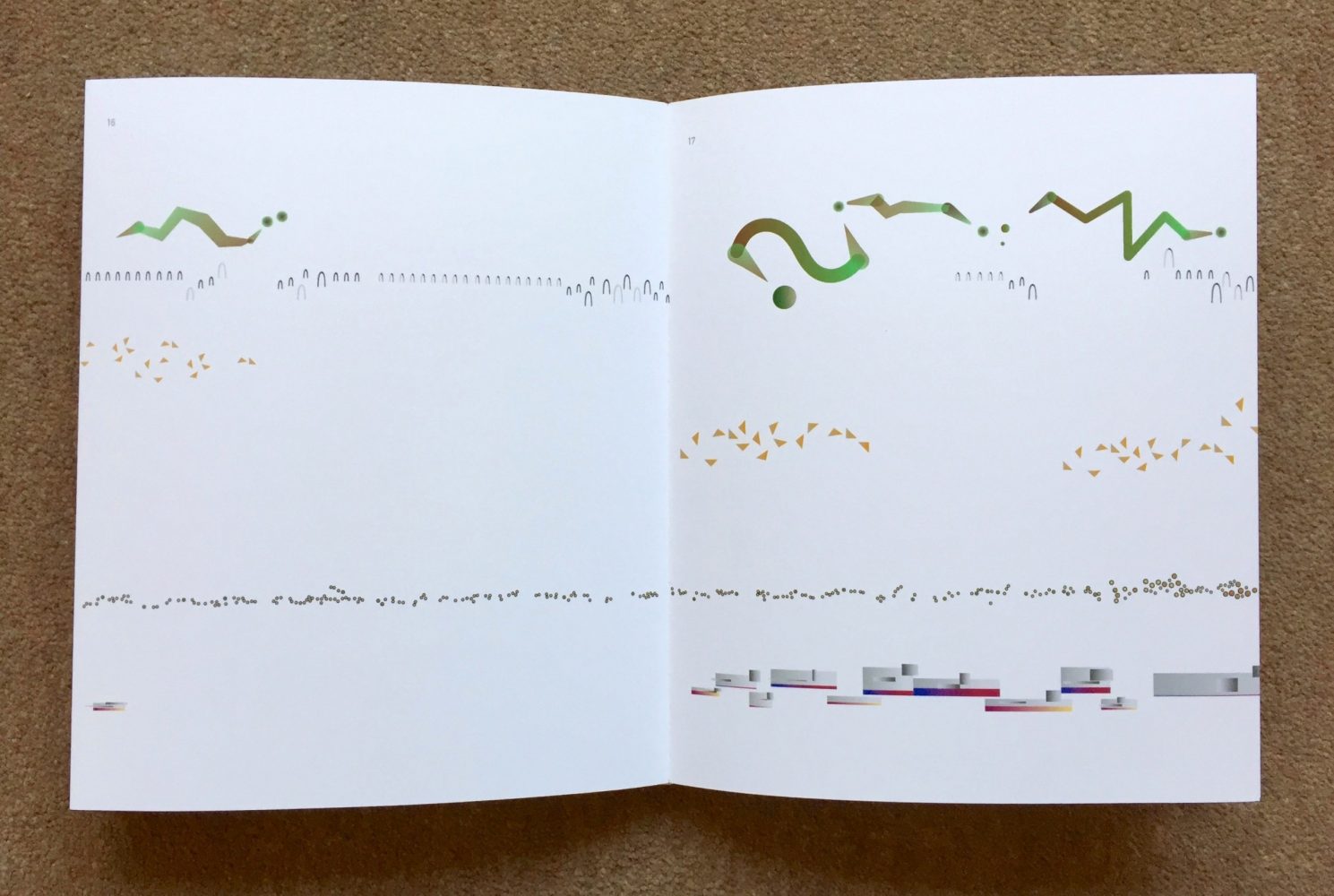 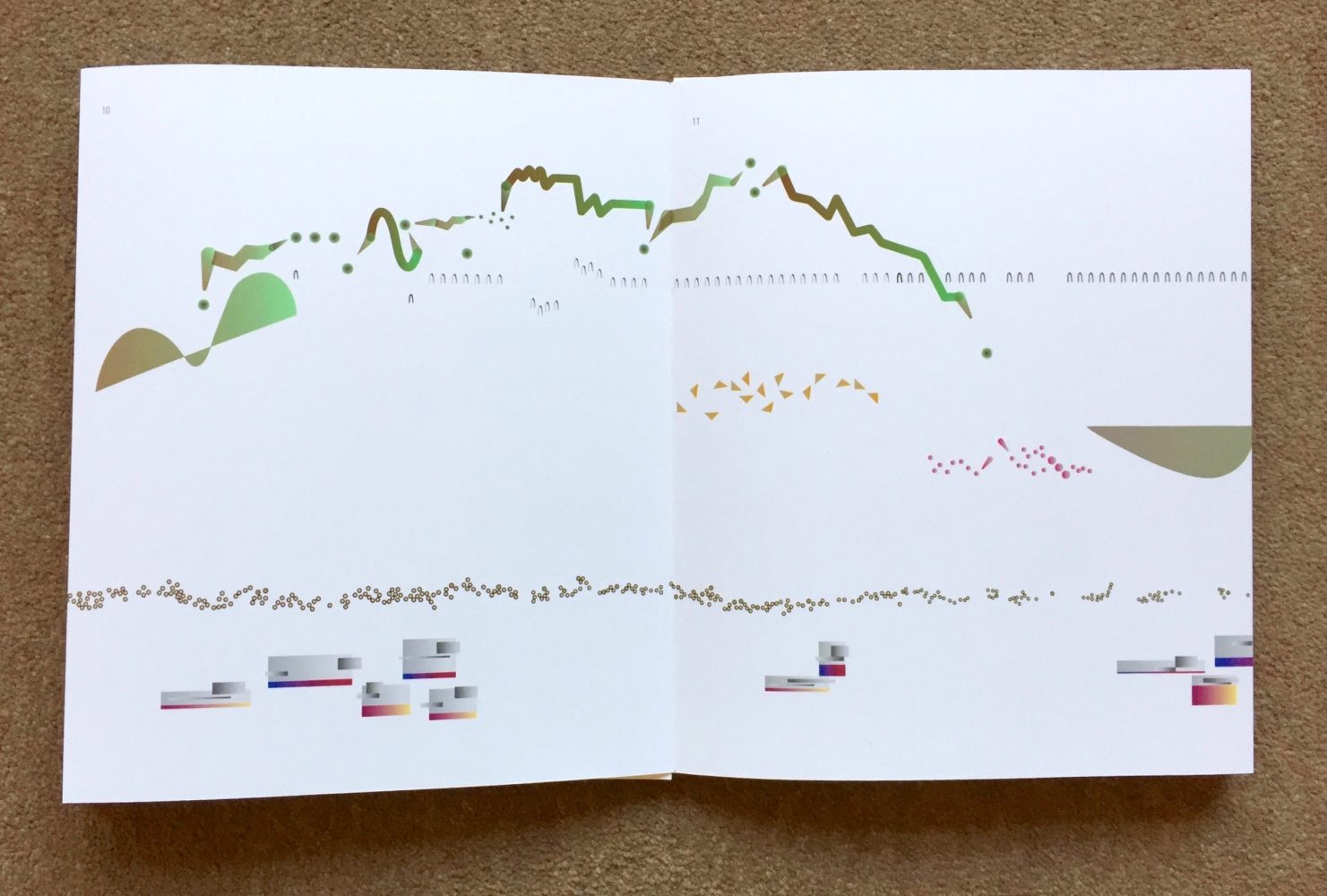 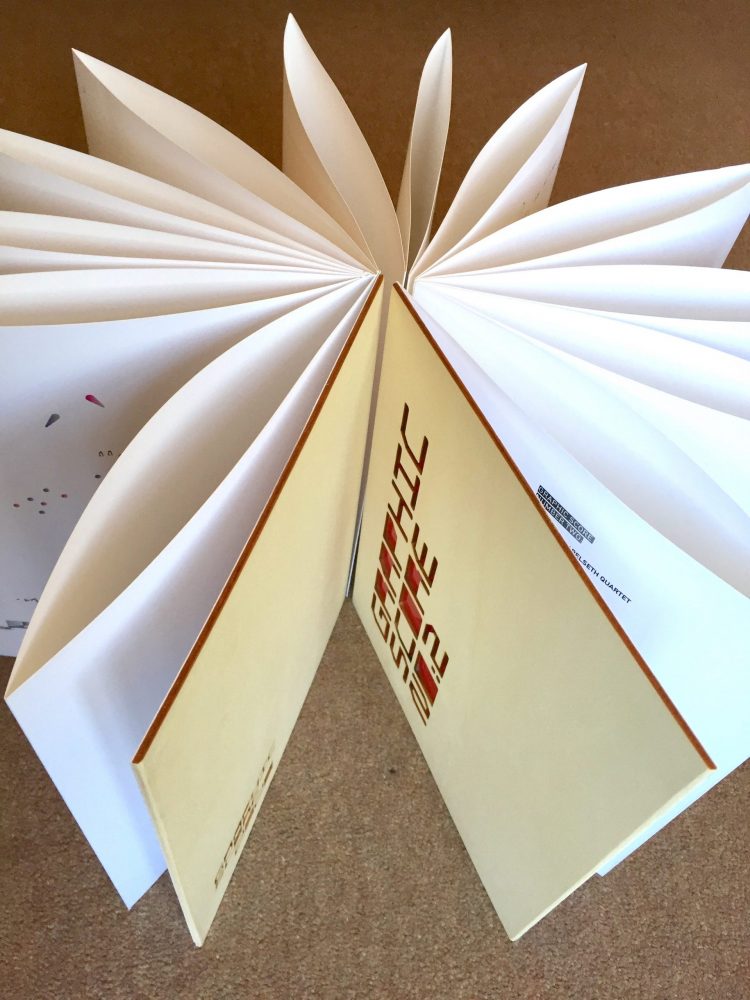 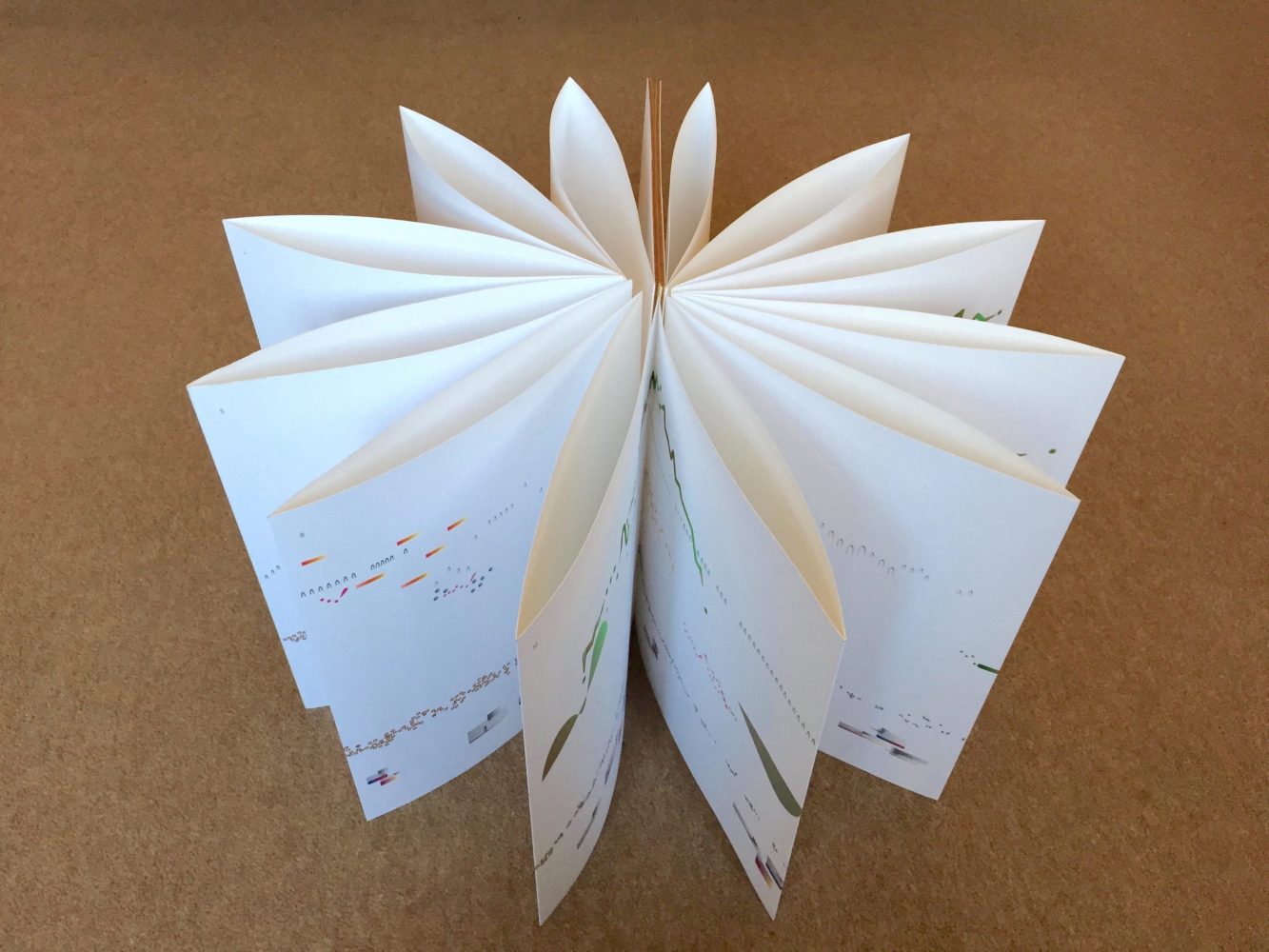